Airy and impactful, Bakus n' Barz' hip hop is polymorphic. It reflects the multiple trajectories that makes it what it is. Founded as a duo in 2017 during the Tribu Festival, the project then gathers Nikson Dorce (Barz), poet and rapper from Brooklyn, and Sébastien Bacquias (Bakus), double bassist from Dijon who is well-known on the jazz and modern music scene for his unstructured play and eclectic explorations. The electronic beats of Tony DreadFul, active member of the French dub-electro scene (ODG Prod) shortly joined the formation.

The trio experiments a nuanced sound with a poetic and incisive flow in which old school groove and improvised interventions meet. 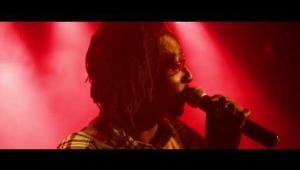