Estère doesn’t play music - she creates sonic amalgamations that merge culture, language and legend. She breathes life into narratives that marry the acutely human to the achingly mythic. Her vocals soar and then swoon, beckoning sultrily and opening gates to new interpretations of age-old tales. Estère plays ‘electric blue witch-hop,' as she refers to her dimensions of electronic, folk and R&B. The New Zealand Herald called it “a beautiful mix of everything the music world is lauding and lusting after right now.”

Estère began her journey as a bedroom producer with an MPC called Lola. Her first album, Estère, released in 2015 via Paris-based record label Prospect, earned her accolades from prominent media outlets such as Disco Naïveté, Elle Magazine (FR) and Portals. In 2018, Estère’s second album My Design, On Others’ Lives was championed by Radio NZ as “an exceptional record.” Afropunk called it “an immersive experience unlike anything you’ve ever witnessed.”

In her push to explore new terrain in song writing and performance, Estère has created a concept show, ‘Into the Belly of Capricorn,’ for international arts festivals in 2020/2021. Through the lens of the show’s protagonist, audiences are invited to explore archetypal themes shaped by the songs from Estère's soon-to-be released third album - entitled Archetypes - created with Massive Attack producer Stew Jackson, released on Blue Riot Records.

Ever since Estère spoke to her grandmother about Carl Jung and his concept of archetypes, the Wellington-based producer knew the direction her next album would take. Fascinated, Estère dedicated herself to creating a record based on Jungian theory, devouring five books and filling six notebooks with ideas, brainstorms and eventually the material that appears on her third masterful record, the concept-album Archetypes.

Estère’s Jungian obsession dominated her sleep, creating bizarre dreamtime scenarios featuring encounters with cheetahs in a garden or sea creatures in a flood, while others revolved around delivering life into the universe and the massive task of guardianship over these beings - the instinctive selflessness of motherhood. Other dreams depicted violence and killing of the other; in some, Estère saw herself as a boy or a man. The imagery and meaning in these dreams have been incorporated into the archetypes that are featured on the album.

Commenting on her interpretation of Jungian theory, Estère says, "I’ve been heavily influenced by post-Jungian literature which disregards some of the archaic Jungian concepts - particularly the work of esteemed African American psychologist Fanny Brewster."

Archetypes is a departure from the bedroom beats of Estère’s previous two albums. Co-produced with Massive Attack producer, Stew Jackson, each track on the album comes alive through the Wellington-based artist’s deft production. Defying categorisation, her music is a mixture of folk, R&B and electronica, blended in a unique fashion, easily identified as ‘Estère’. Archetypes is the sound of an artist who entirely commits to creative instinct. 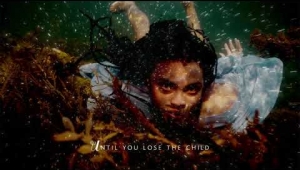 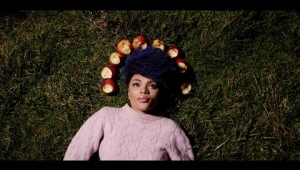 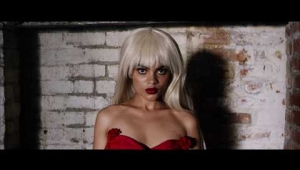 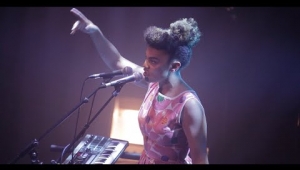 Estère releases new album "Archetypes" in January 2021 on her label Blue Riot Records
The double album of Estère: "My Design on others' lives" in April 2018
Release of her new album "My Design" on October 2017
Release of a new single "Pro Bono Techno Zone" on August 2017
New single « Ambition » released on November 2016
Realease of the first album « Estère » (PRØSPECT) on March 2015

My Design, On Others' Lives
Acheter