We can’t stop the rapper of Cincinnati, Napoleon Maddox! Leader of the Iswhat?! band, collaborator of the saxophonist and New York poet Roy Natanhson, Archie Shepp in Phat Jam, or artistic director of the tribute show to Nina Simone « A Riot Called Nina » alongside The Boxettes and Sophia Domancich, Napoleon Maddox comes back with this brand new hip hop project tinged with electro funk and soul samples. He distills his sharp-edged and flow on production of SORG, a young beatmaker/producer from Besançon, considered as one of the most promising of his generation after the release of his first EP « 16 Diamonds. » EP bearing the Wild West piece, the result of the first meeting between the two men and premise of this new collaboration.

« Sorg & Napoleon Maddox » signed their first EP « Ribbons & Razors » in March 10, 2014. An album of 6 tracks that marks the beginning of a strong collaboration across the Atlantic, with the guest singer, ArinMaya and the rap artist, Boogie Bang, both Americans.

Napoleon Maddox is a hip hop vocalist from Cincinnati, Ohio, USA. Also known by the stage name NapoleonSolo, he is a proficient rapper, beatboxer, and singer.

Napoleon does workshops, clinics and masterclasses about Hip-hop and Human Beatboxing. His unique approach to teaching Beatboxing includes methods that empower the participants to perform acoustically. He also shares in his session ways to work in ensembles with other beatboxers and musicians. Napoleon's work has been commissioned by universities, festivals and art institutions, which have presented him in several cities in France, England, Serbia, Slovenia and America.

In 2009, Mr. Maddox was also sponsored by the US Embassy in Estonia for a series of workshops and concerts in 6 Estonian cities for Jazz Month. The work that he prepared with the participants in the workshops was presented in a major concert for the JazzKaar Festival.

Napoleon also leads the live Hip-hop group IsWhat?! formed in the fall of 1996, ISWHAT?! has shared bills and/or collaborated with Antibalas, Saul Williams, KRS ONE, The Herbaliser, Tumi & the Volume, Hocus Pocus, Authur H, The Roots, Brother Ali, James Blood Ulmer and others. With IsWhat?!, Napoleon has toured the United States and Europe; in 2007 the group performed with Archie Shepp in Italy. Mr. Shepp appreciated the sound & feeling of this concert that he offered to release it as "Phat Jam", a new project on his label.

Unlike most hip hop artists, Maddox generally performs with acoustic instruments, including double bass and saxophones.

In 2008 he performed at the Vision Festival. In February 2009 he hosted a workshop at the Bridge Centre in Stoke on Trent, England, as part of Sing Up, the Music Manifesto National Singing Programme. It was attended by year 5 students from St Augustine Catholic Primary in Meir. He taught them how to beatbox and they developed their own raps. His 2009 schedule includes performances in France and Estonia. Maddox was named "Best Jet-Setter" in the 2009 Best of Cincinnati awards. In 2010, he created A Riot Called Nina, a Jazz / Soul / Hip Hop project with the french pianist Sophia Domanich, and the all vocal girls band The Boxettes, inspired by the rebel and resistant spirit of Nina Simone.

After a free EP released with Zerolex & Fakear on the Superpoze’s label, Combien Mille Records, Sorg revealed his second EP in february 2014 : « 16 Diamonds ». A new opus positively welcomed by the public and emphasized by the track « Wild West » featuring the american rapper Napoleon Maddox.

A project supported by the SMAC (Scène de Musiques Actuelles) "La Rodia" in Besançon and by the city of Besançon. 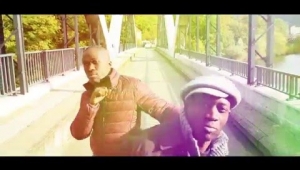 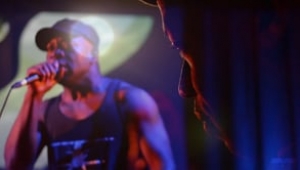 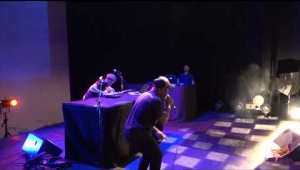 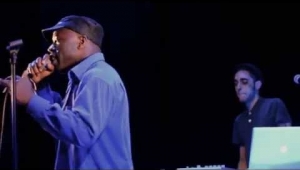